Half a century after Said Nursi wrote this nearly 300 animal species almost all of them previously unknown have been discovered living around hydrothermal vents which form when sea-water leaking through the ocean floor at spreading ridges is heated by the underlying magma and rushes into the cold ocean. 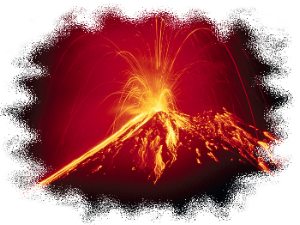 All life requires energy and nearly all life on earth looks to the sun as the source. But solar energy is not the only kind of energy available on the earth. Consider the energy that drives the movement and eruption of the planet's crust. When you look at an active volcano you are witnessing the escape of heat that has been produced by radioactive decay in the earth's interior and is finally reaching the surface. Why should there not be biological communities associated with the same nuclear energy that moves continents and makes mountains? And why could chemical rather than solar energy fuel not whole communities?

...Most of us associate the escape of heat from the interior of the earth with violent events and unstable physical conditions with extreme high temperatures and the release of toxic gasses' circumstances that are hardly conducive to life. The notion that biologic communities might spring up in a geologically active environment once seemed fantastic. And until recently few organisms were known to survive without a direct or indirect way to tap the sun's energy. But such communities do exist and they represent one of the most startling discoveries of 20th century biology. They live in the deep ocean under conditions that are both severe and variable.