What else concerning creation does startling discovery of biology reveal?

This 'startling' discovery of biology contains clues to some other realities which sciences should consider. The Messenger Muhammad states that angels are created from light. We read in the Holy Book that God created man from dried earth from wet clay and from an extract of clay. According to Holy Book man has been made a khalifa on the earth. Khalifa means one who succeeds. Many interpreters of the Holy Book have concluded from this that the jinn once ruled the earth and men succeeded them.


Starting from the clues above it should be possible to do formal studies to determine the worth of propositions such as these: 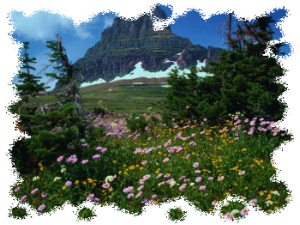 God first created pure light (noor) and then light. The process of creation followed a gradual regular accumulation of identities and/or a saltational sequence of abrupt leaps. Fire followed light and then came water and earth. God spread one existence through another compounding and interweaving. He also created living beings in every phase of creation appropriate for each phase. While the universe was in a state of pure fire or some other high energy. He created the appropriate life forms. And when the earth became conducive to life. He created plants animals and man. He adorned every part and phase of the universe with creatures among them living ones that are appropriate for that part and phase.

Finally just as He created innumerable beings from light ether air fire water and earth so too from every word and deed of man. He forms either his paradise or hell. In other words as He grows a tree from a tiny seed through particles of earth air and water so He will build the other world from the material of this world which He will adapt for the other world during the convulsions of Doomsday. And He will use the words and actions of human beings in preparing the paradise or hell of each.