Divine Decree means the execution of the decisions or judgments of Destiny. It includes man's actions and God's creation of them at the same time. That is man wills to do something which was (pre-) recorded in Destiny and God allows him to do that and brings it into existence.
God has two main records or registers one the Supreme Preserved Tablet which in one way corresponds to Destiny or Divine Knowledge the other the Manifest Record which may be regarded as corresponding to the reality of time. Although there is no changing in Divine Knowledge or the Supreme Preserved Tablet since God also has absolutely unrestricted Will and cannot therefore be restricted by Destiny He established for His creatures. He may make changes in what He recorded in the Manifest Book. This is clear in the verse: "God effaces whatever He wills and confirms whatever He wills with Him is the Mother of Book (13.39).

This is certainly a subtle matter and one difficult to understand. Although we are unable to fully understand the reality of this effacement and confirmation we frequently witness it in our lives. For example a man leaves home with the intention of going to a place where sins are freely committed. However out of His mercy and favor toward His servants. God arranges that a good friend appears to him and persuades him to go to a good place. Likewise a servant commits sins too freely and is liable to misfortunes. But again out of His grace. God does not deal with him from His Justice; rather. He treats him with utmost grace and pardons him thus saving him from misfortunes. 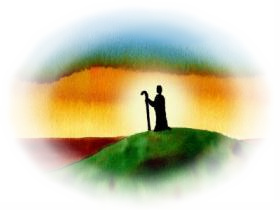 Divine Grace exists because a man should not despair of being forgiven and may turn to God however great sins he has committed. Again. Divine Grace exists because the servants of God should not see themselves as absolutely bound by the consequences of their deeds which Divine Destiny and Decree established in return for them. This is explicit in the following verses:

"Whatever misfortune befalls you is for what your own hands have earned and for many (of them) He grants forgiveness (42.30)."

"If God were to punish men for their wrongdoing He would not leave on the earth a single living creature; but He reprieves them to an appointed term (16.61)."

"Relate [to them from Me): 'O My slaves who have transgressed against their selves! Do not despair of God's mercy! Surely God forgives all sins; for He is the All-Forgiving the Most Compassionate (39.53)."

Divine grace or liberality manifests itself more clearly in the history of peoples. Being responsible and accountable for their acts peoples direct their own histories. For this reason historical philosophies such as historicism are far from the truth: there is no determining the reality of history or historical events.

The Messenger declared: "Fear does not prevent misfortunes but prayer and charity may prevent them."

Many previous peoples such as the people of 'Ad the people of Thamud and the people of Pharaoh deserved to perish and God eradicated them. Their dissipated lifestyles and the injustices and atrocities led them to perish. However the people of the Messenger Jonah turned to God with utmost sincerity and deep repentance and reformed themselves morally after they saw the signs of the impending destruction and consequently. God "spared them the penalty of disgrace in the life of this world and gave them comfort for a while (10:98)." Expressing this point. God's Messenger said: 'Fear does not prevent misfortunes but prayer and charity prevent them.' Therefore a believer should never give up praying and giving charity; especially when he feels that a misfortune is coming he should immediately turn to God in prayer and repentance and give charity to the poor or give in the service of Peace.