Why do both destiny and man's free will exist?

Destiny and man's free will which marks the farthest point of perfection of one's belief and submission is something related to the inner experience and spiritual state of a believer so it is not something indicated by science or theory. Man has free will and is enjoined to follow the religious obligations.

While it may be admissible for people to relate some misfortunes to Divine Destiny so as not to be driven to despair in the face of calamities no one can be absolved from his sins and exempt from his obligations by attributing everything to Destiny. So belief in Destiny has been included among the principles of faith to preserve man from self-conceit and man's free will is recognized as the ground of his sins.

Man is completely responsible for his sins because it is he himself who wills to commit them and then does so. Sins are the cause of much disorder and destruction so they may merit a terrible punishment--to cite an example a house can easily be burnt to the ground just by the striking of a match. On the other hand man has no right to boast about his good acts since in reality he has little share in them. It is the Divine Compassion which demands good acts and the Power of the Lord which creates them. God guides man to good acts and makes him succeed in willing and doing them so the cause of a man's good acts is the Divine Will. A man can possess and own them by means of faith and by praying to God to be able to deserve them consciously believing in the necessity of performing them and being pleased with what God has ordained for him. It is man himself on the other hand who causes sins either through capacity and disposition or through choice and preference just as the pure bright sunlight can cause some substances which are subject to decomposition to go bad and putrefy. 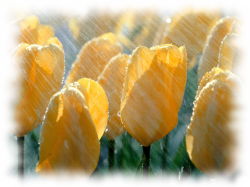 Man wills and commits sins but it is God Who creates all his acts whether they are good or bad. God creates a sinful act as a requirement of a law He established for the life of man and the universe for many good purposes. Although man derives much benefit from rain a person who has suffered some harm because of it cannot say that rain does not contain God's grace for man. It is on account of this subtle reality that willing and committing evil deeds is evil but creating them is not. Although there may be an evil in creating evil deeds on the part of man creation is absolutely good by its very nature and contains many instances of good for the general operation and life of the universe as well as for the one who wills and commits that evil. Ugliness in a man's acts lies in his will and potential not in God's creating it.

As Divine Destiny is absolutely free from evil and ugliness in relation to results it is also exempt from injustice on account of the causes. Divine Destiny always takes into consideration the primary cause not the apparent secondary cause and always does justice. Men on the other hand judge according to the apparent causes and draw the wrong conclusions. To cite an example a court may condemn a person to imprisonment on a charge of theft and do injustice because he has not committed any such crime--however. Divine Destiny actually passes this judgment on account of the murder which that person committed but which remained secret. Thus while the court has done injustice by condemning him on a charge of which he is innocent. Divine Destiny has done justice by punishing him for a crime which remained unknown. It can be concluded from this example that God is absolutely just in all His acts whilst man is liable to do injustice. Divine Destiny and Creation is absolutely free from evil and ugliness at the beginning and at the end of events and on account of cause and results.

In short: It is permissible for the believer to speak of Divine Destiny and man's free will when his faith is perfect and when he is mature enough to perceive that all creation including himself is at God's disposal. He assumes his responsibilities because he has free will and glorifies God by proclaiming Him to be free of any involvement with his own sins. He never forgets that he is a servant of God and accordingly tries to follow all the Divine Commandments. On the other hand he remains thankful to God by ascribing to Divine Destiny any good acts he has been able to achieve and never boasts of them. Also he finds the strength to bear all his misfortunes by discerning in them the role of Destiny.

However it is not proper for anyone who neglects the Divine Commandments to argue about Divine Destiny and man's free will since his defective thinking will lead him to ascribe the whole of creation to causes and ignore God completely. He appropriates all his skills and good deeds regarding them to have originated directly with himself and attributes his defects and failures to Destiny. This view means the reduction of Divine Destiny and free will to a senseless trick played upon man by his own commanding self to mislead him to the point where he disregards and denies his religious duties.