Has life been created by nature?

" Nature necessitates it; Nature makes it." This statement contains much impossibility. We shall mention three of them by way of examples.
The first Impossibility

If the art and creativity which are discerning and wise to be seen in beings and particularly in animate beings are not attributed to the pen of Divine Determining and Power of the Pre-Eternal Sun and instead are attributed to Nature and force which are blind deaf and thoughtless. It becomes necessary that Nature either should have present in everything machines and printing presses for their creation or should include in everything power and wisdom enough to create and administer the universe. The reason for this is as follows:

The sun's manifestations and reflections appear in all small fragments of glass and droplets on the face of the earth. If those miniature reflected imaginary suns are not ascribed to the sun in the sky it is necessary to accept the external existence of an actual sun in every tiny fragment of glass smaller than a match-head which possesses the sun's qualities and which though small in size bears profound meaning; and therefore to accept actual suns to the number of pieces of glass. 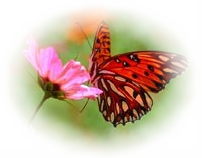 In exactly the same way if beings and animate creatures are not attributed directly to the manifestation of the Pre-Eternal Sun's Names it becomes necessary to accept that in each being and especially animate beings there lies a nature a force or quite simply a god that will sustain an infinite power and will and knowledge and wisdom. Such an idea is the most absurd and superstitious of all the impossibilities in the universe. It demonstrates that a man who attributes the art of the Creator of the universe to imaginary insignificant unconscious Nature is without a doubt less conscious of the truth than an animal.

If beings which are most well-ordered and well-measured wise and artistically fashioned are not ascribed to the One Who is infinitely powerful and wise and instead are attributed to Nature. It becomes necessary for there to be present in every bit of soil as many factories and printing-presses as there are in Europe so that each bit of soil can be the means for the growth and formation of innumerable flowers and fruits of which it is the place of origin and workshop. The seeds of flowers are sown in turn in a bowl of soil which performs the duty of a flowerpot for them. Ability is apparent in the bowl of soil that will give shapes and forms which differ greatly from one another to all the flowers sown in it. If that ability is not attributed to the All-Glorious and the All-Powerful One such a situation could not occur without there being in the bowl of soil immaterial different and natural machines for each flower.