Do things come into existence and later cease to exist all by themselves?

It involves much impossibility and is absurd and impossible in many aspects. We shall explain three examples of these impossibilities.
First Impossibility

O obstinate denier! Your egotism has made you so stupid that somehow you decide to accept a hundred impossibilities all at once. For you yourself are a being and not some simple substance that is inanimate and unchanging. You are like an extremely well ordered machine that is constantly being renewed and a wonderful palace that is undergoing continuous change. Particles are working unceasingly in your body. Your body has connection and mutual relations with the universe; in particular with regard to sustenance and the perpetuation of the species and the particles that work within it are careful not neither to spoil that relationship nor to break the connection. In this cautious manner they set about their work as though taking the whole universe into account. Seeing your relationships within it they take up their positions accordingly. And you benefit with your external and inner senses in accordance with the wonderful positions that they take. 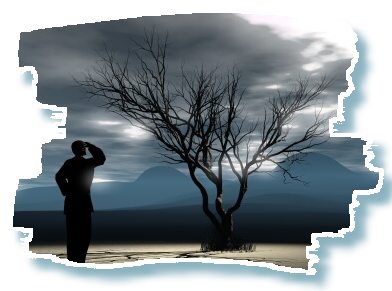 If you do not accept that the particles in your body are tiny officials in motion in accordance with the law of the Pre-Eternal and the All-Powerful One or that they are an army or the nibs of the pen of Divine Determining with each particle as the nib of a pen or that they are points inscribed by the pen of Power with each particle being a point. Then in every particle working in your eye there would have to be an eye such as could see every limb and part of your body as well as the entire universe with which you are connected. In addition to this you would have to ascribe to each particle an intelligence equivalent to that of a hundred geniuses sufficient to know and recognize all your past and your future and your forbears and descendents the origins of all the elements of your being and the sources of all your sustenance.

Your being resembles a thousand-domed marvelous palace in which the stones stand together in suspension and without support. Indeed your being is a thousand times more wonderful than such a palace for the palace of your being is being renewed continuously in perfect order. Leaving aside your truly wonderful spirit heart and other subtle faculties each member of your body resembles a single-domed part of the palace. Like the stones of a dome the particles stand together in perfect balance and order demonstrating the eye and the tongue for example each to be a wondrous building extraordinary work of art and miracle of power.

If these particles were not each official dependent on the command of the master architect of the universe. Then each particle would have to be both absolutely dominant over all the other particles in the body and absolutely subordinate to each of them; and both equal to each and with regard to its dominant position opposed; and both the origin and source of most of the attributes that pertain only to the Necessarily the Existent One and extremely restricted; and both in absolute form and in the form of a perfectly ordered individual artifact that could only through the mystery of unity be the work of the Single One of Unity.

Anyone with even a particle of consciousness would understand what an obvious impossibility this is to attribute such an artifact to those particles.

If your being is not "written' by the pen of the Pre-Eternal and the All-Powerful One. Who is the Single One of Unity and is instead "printed' by Nature and causes there would have to be printing-blocks in Nature not only to the number of cells in your body but to the number of their thousands of combinations which are arranged in concentric circles. Because for example if this book which we hold in our hand is written a single pen may write it relying on the knowledge of its writer. If on the other hand it is not written and is not attributed to its writer's pen and if it is said that it exists of its own accord or it is ascribed to Nature then as a printed book it would be necessary for there to be a different iron pen of each letter so that it could be printed. In a printing-press there have to be pieces of type to the number of letters in the alphabet so the letters in the book come into existence by means of them; pens to the number of those letters being necessary in place of a single pen.

As may be seen sometimes a whole page is written in a single large letter from among those letters with a small pen in fine script in which case a thousand pens would be necessary for one letter. Rather if it took the form of your body with all its components one within the other in concentric circles there would have to be printing-blocks in each circle for each component to the number of the combinations that they form.

Now see if you claim this which involves a hundred impossibilities to be possible then again if they are not attributed to a single pen for those well-ordered artistic pieces of type faultless printing-blocks and iron pens to be made further pens printing-blocks and letters to the same number as themselves would be necessary. And they too would have to have been made; and they too would have to have been well ordered and artistically fashioned. And so on. It would carry on in succession ad infinitum.

There you too understand! This way of thinking is such that it involves impossibilities and superstitions to the number of particles in your body. O denier of the Creator! See this and quit this way of misguidance!