The purpose harmony and interrelatedness in existence

In order to understand better why blind deaf inert unconscious and ignorant chance nature and causes cannot have any part in existence we had better see more closely the purpose harmony and interrelatedness in creation and therefore observe some plain facts. Again. Morrison draws our attentions to some of these facts:
The bulk of the earth in now reduced to very permanent dimensions and its mass has been determined. Its speed in its orbit around the sun is extremely constant. It rotation on its axis is determined so accurately that a variation of a second in a century would upset astronomical calculations. Had the bulk of the earth greater or less or had its speed been different it would have been farther from or nearer to the sun and this different condition would have profoundly affected life of all kinds including man.

The earth rotates on its axis in twenty-four hours or at the rate of about one thousand miles an hour. Suppose it turned at the rate of a hundred miles an hour. Why not? Our days and nights would then be ten times as long as now. The hot sun of summer would then burn up our vegetation each long day and every sprout would freeze in such a night. The sun the source of all life has a surface temperature of 12.000 degrees Fahrenheit and our earth is just far enough away so that this "eternal fire" warms us just enough and not too much. If the temperature on earth had changed so much as fifty degrees on the average for a single year all vegetation would be dead and man with it roasted or frozen. The earth travels around the sun at the rate of eighteen miles each second. If the rate of revolution had been say six miles or forty miles each second we would be too far from or too close to the sun for our form of life to exist.

The earth is tilted at an angle of twenty-three degrees. This gives us our seasons. If it had not been tilted the poles would be in eternal twilight. The water vapor from the ocean would move north and south piling up continents of ice and leaving possibly a desert between the equator and the ice.

The moon is 240.000 miles away and the tides twice a day are usually a gentle reminder of its presence. Tides of the ocean run as high as fifty feet in some places and even the crust of the earth is twice a day bent outward several inches by the moon's attraction. If our moon was say fifty thousand miles away instead of its present respectable distance our tides would be so enormous that twice a day all the lowland of all the continents would be submerged by a rush of water so enormous that even the mountains would soon be eroded away and probably no continent could have risen from the depths fast enough to exist today. The earth would crack with the turmoil and the tides in the air would create daily hurricanes. 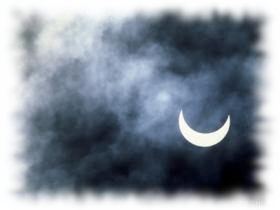 Had the crust of the earth been ten feet thicker there would be no oxygen without hich animal life is impossible; and had the ocean been a few feet deeper carbon dioxide and oxygen would have been absorbed and vegetable life on the surface of the land could not exist. If the atmosphere had been much thinner some of the meteors which are now burned in the outer atmosphere by the millions every day would strike all parts of the earth.

Oxygen is commonly placed at 21 per cent [in the atmosphere]. The atmosphere as a whole presses upon the earth at approximately fifteen pounds on each square inch of surface at sea level. The oxygen which exists in the atmosphere is a part of this pressure being about three pounds per square inch. All the rest of the oxygen is locked up in the form of compounds in the crust of the earth and makes up 8/10 of all the waters in the world. Oxygen is the breath of life for all land animals and is for this purpose utterly unobtainable except from the atmosphere.

The question arises how this extremely active chemical element escaped combination and was left it the atmosphere in the almost exact proportion necessary for practically all living things. If for instance instead of 21 per cent oxygen were 50 per cent or more of the atmosphere all combustible substances in the world would become inflammable to such an extent that the first stroke of lightning to hit a tree would ignite the forest which would almost explode... If free oxygen this one part in many millions of the earth's substance should be absorbed all animal life would cease.

When a man breathes he draws in oxygen which is taken up by the blood and distributed through his body. This oxygen burns his food in every cell very slowly at a comparatively low temperature but the result is carbon dioxide and water vapor so when a man is said to sigh like a furnace there is a touch of reality about it. The carbon dioxide escapes into his lungs and is not breathable except in small quantities. It sets his lungs in action and he takes his next breath throwing into the atmosphere carbon dioxide. All animal life is thus absorbing oxygen and throwing off carbon dioxide. Oxygen is further essential to life because of its action upon other elements in the blood as well as elsewhere in the body without which life processes would cease.

On the other hand as is well known all vegetable life is dependent upon the almost infinitesimal quantity of carbon dioxide in the atmosphere which so to speak it breathes. To express this complicated photosynthetic chemical reaction in the simplest possible way the leaves of the trees are lungs and they have the power when in the sunlight to separate this obstinate carbon dioxide into carbon and oxygen. In other words the oxygen is given off and the carbon retained and combined with the hydrogen of the water brought up by the plant from its roots. By magical chemistry out of these elements "nature" makes sugar cellulose and numerous other chemicals fruits and flowers [all in different smell taste color and shape according to the kind of plant or tree. Can this infinite difference or variation be attributed to tiny seeds blind ignorant and unconscious?]. The plant feeds itself and produces enough more to feed every animal on earth. At the same time the plant releases the oxygen we breathe and without which life would end in five minutes. So all the plants the forests the grasses every bit of moss and all else of vegetable life build their structure principally out of carbon and water. Animals give off carbon dioxide and plants give off oxygen. If this interchange did not take place either the animal or vegetable life would ultimately use up practically all of the oxygen or all of the carbon dioxide and the balance being completely upset one would wilt or die and the other would quickly follow.

Hydrogen must be included although we do not breathe it. Without hydrogen water would not exist and the water content of animal and vegetable matter is surprisingly great and absolutely essential. Oxygen hydrogen carbon dioxide and carbon singly and in their various relations to each other are the principal biological elements. They are the very basis on which life rests.

We pour infinite variety of substances into this chemical laboratory 'the digestive system which is the greatest laboratory of the world' with almost total disregard of what we take in depending on what we consider the automatic process to keep us alive. When these foods have been broken down and are again prepared they are delivered constantly to each of our billions of cells a greater number than all the human beings on earth. The delivery to each individual cell must be constant and only those substances which the particular cell needs to transform them into bones nails flesh hair eyes and teeth are taken up by the proper cell. Here is a chemical laboratory producing more substances than any laboratory which human ingenuity has devised. Here is a delivery system greater than any method of transportation or distribution the world has ever known all being conducted in perfect order. From childhood until say a man is fifty years of age; this laboratory makes no serious mistakes though the very substances with which it deals could literally form over a million different kinds of molecules- many of them deadly. When the channels of distribution become somewhat sluggish from long use we find weakened ability and ultimate old age.

When each cell absorbs the proper food it is still only the proper food. The process in each cell now becomes a form of combustion which accounts for the heat of the whole body. You cannot have combustion without ignition. Fire must be lighted and so [you are provided with] a little chemical combination which ignites a controlled fire for the oxygen hydrogen and the carbon in the food in each cell thus producing the necessary warmth and as from any fire; the result is water vapor and carbon dioxide. The blood carries the carbon dioxide away to the lungs and there it is the one thing that makes you draw in your breath of life. A person produces about two pounds of carbon dioxide in a day but by wonderful processes gets rid of it. Every animal digest food and each must have the special chemicals it individually needs. Even in minute detail the chemical constituents of the blood for instance differ in each species. There is therefore a special formative process for each.

In case of infection by hostile germs the system also continuously maintains a standing army to meet and usually overcome invaders and save the entire structure of the man from premature death. No such combination of marvels does or can take place under any circumstances in the absence of life. And all this is done in perfect order and order is absolutely contrary to chance (Morrison. 14. 16-9. 22. 24-7. 76-7).

Does all this require and point to One Who knows man thoroughly with all his needs environment and the mechanism of his body. One Who is the All-Knowing and able to do whatever He wishes? As again. Morrison puts it (p.65). 'purpose seems fundamental in all things from the laws that govern the universe to the combinations of atoms which sustain our lives. Atoms and molecules in living creatures do marvelous things and build wonderful mechanisms but such machines are useless unless intelligence sets them in objective motion. There is the directive Intelligence which science does not explain nor does science dare say it is material.'