How can we reconcile destiny and man's free will?

The Divine Destiny and man's free will can be reconciled in seven ways.


First way: The absolute order and harmony displayed by the whole of creation bear witness that God is All Wise and Just. Wisdom and Justice demand that man should possess free will so that he may be chastised or rewarded for his acts. Although we cannot know the exact nature of this free will and we may not be able to reconcile it properly with Divine Destiny this does not mean that free will does not exist.


Second way: Every person feels himself to possess free will and perceives it to exist. Knowing the nature of something is different from knowing that it exists. There are many things the existence of which is obvious to us while their nature is not understood. Man's free will may be one of them. Also existence is not restricted to the number of the things of which we know so our ignorance of something does not indicate that it does not exist. 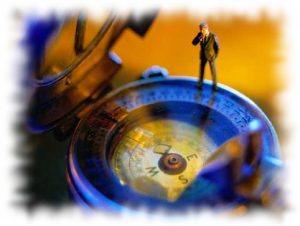 Also past eternity is not as people imagine just the starting-point of 'time' so that it becomes essential for the existence of things. Past eternity is in fact like a mirror in which the whole of time past present and future is reflected. People tend to excluding themselves from the passage of time imagine a limit for past time which extends through a certain chain of things and they call it 'past eternity'. But to reason according to such an imagining is not right and acceptable. For better understanding of this subtle point the following example may help:

Imagine that you are standing with a mirror in your hand that everything reflected on the right represents the past while everything reflected on the left represents the future. The mirror can reflect one direction only since it cannot show both sides at the same time as you are holding it. If you wish to reflect both directions at the same time it would be necessary to rise high above your original position so that left and right directions are united into one and nothing remains to be called first or last beginning or end. As already mentioned. Divine Destiny is in some respects identical with Divine Knowledge. It is described in a Prophetic saying as containing all times and events in a single point where first and last beginning and end what has happened and what will happen are all united into one. And we are not excluded from it so that our understanding of time and events could be like a mirror to the space of the past.


Sixth way: One of the sub-schools of the orthodox teaching regarded man's inclination upon which his free will is based as having nominal value and existence and accordingly originating in man himself while the others do not ascribe that inclination to man because they consider it to have a real existence. According to the second school man has however a nominal or theoretical disposal of that inclination and because of this the inclination and man's disposal of it are a relative matter not having a definite external existence. Something of nominal and relative existence does not require a perfect efficient cause which would annul man's free will in his actions; rather when its cause acquires the weight of preference it might have an actual existence. In which case where the Holy Book says. "Do not do this because this is evil" he may refrain from committing it. If man were the creator of his own actions then he would himself be the ultimate cause of them and his will would be canceled. According to the science of established principles or methodology and logic if a thing is not necessary it will not exist. That means there has to be a real complete cause before something can exist but a complete cause makes the existence of something compulsory so there will be no room for choice.

Question: Man's actions are the result of his preference between two alternatives which is of nominal significance. If a necessary cause does not exist which forces him to make a preference then this means that the act of preference takes place without a necessary cause. Is it not a logical impossibility which contradicts one of the most important principles of theology?

Question: Since it is God Who creates the act of murder why is he who kills called a murderer?

That is man wills to do something and accordingly does it so he is the doer or agent of his acts. It is the man himself who does the act of killing so he should be called the murderer. God creates man's acts in that He gives external existence to them; He does not perform those acts. It would have been meaningless for man to have free will if God had not created the acts which are the outcome of that free will.


Seventh way: Although man's free will is too inefficient to cause something to happen. Almighty God the absolutely Wise One has made its operation a simple condition for the coming into effect of His universal Will. He guides man in whatever direction man wishes by the use of his free will so that he remains responsible for the consequences of his choice. As an example if you were to take a child upon your shoulders and then leave him free to decide where he would like to go and he elected for you to take him up a high mountain and in consequence he caught cold he would have no right to blame you for that. Indeed you might even punish him because he wanted to go up the mountain. In like manner. Almighty God the Most Just of Judges never coerces His servants into doing something and He has accordingly made His Will somewhat dependent on man's free will.


In sum: As man you do possess free will which makes almost no contribution to your good acts although it can cause deadly sins and destruction wherever it operates. Therefore exploit your free will for your own benefit by praying to God continuously so that you may enjoy the blessings of Paradise a fruit of the chain of good deeds and attain to eternal happiness. Further you should always seek God's forgiveness for your sins in order to refrain from evil deeds and to be saved from the torments of Hell a fruit of the accursed chain of evil deeds. Prayer and putting one's trust in God greatly strengthen the inclination to good and repentance and seeking God's forgiveness cut the inclination to evil and break its transgressions.