Does God Determine All Events in the Universe?

Believing in Divine Destiny is one of the pillars of faith and in accordance with this belief. God the All Mighty determines everything in the universe. While there are countless absolute evidences of Destiny it may be sufficient to make some introductory remarks to demonstrate how important a place this pillar of faith has for the whole of creation.
The Holy Book specifically explains that everything is predetermined and then recorded after its coming into existence as indicated in many verses like."Nor anything green or withered except it is all in a Manifest Book."

This Holy Book's statement is confirmed by the universe this macro-Holy Message of the Divine Power through its creational and operational signs like order harmony balance forming and shaping adornment and distinguishing. All seeds fruit stones measured proportions and forms demonstrate that everything is pre-determined before its earthly existence. Each seed or fruit stone has a protective case formed in the factory into which the Divine Destiny has in-built the life-story of a tree or plant. The Divine Power employs the particles according to the measure established by Divine Destiny so as to cause the particular stone to grow miraculously into the particular tree. This means that the future life history of that tree is as though written in its seed.

While there is variety between individuals and between species the basic materials from which these plants and animals are formed are identical. The plants and animals that grow from the same constituent basic elements display amid abundant diversity such harmony and proportion that man cannot help but conclude that each of them has been individually given its particular form and measure. It is the Divine Power which gives to each its particular form according to the measure established for it by Divine Destiny. For example consider how vast and innumerable a mass of inanimate particles shift cohere and separate so that this seed grows into this tree or that drop of semen grows into that animal. 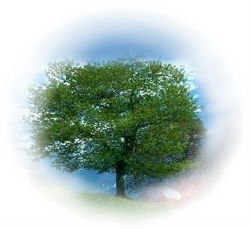 Since there are the manifestations of Divine Destiny to this extent in visible material things for certain the forms with which things are clothed with the passing of time and the states they acquire through their motions are also dependent on the ordering of Divine Destiny. Indeed a single seed displays Destiny in two ways one by demonstrating the Manifest Book which is but another title for Divine Will and God's creational and operational laws of the universe; the other is by displaying the Manifest Record another title for Divine Knowledge and Command. If we regard these two as different manifestations of Divine Destiny the former can be understood and referred to as 'Destiny Actual' and the latter as 'Destiny Formal or Theoretical'. The future full-grown form of the tree can be understood as its Destiny Actual whilst Destiny Formal refers to all the stages together through which the tree has to pass in its life and comprehends the entire history of its life. Such manifestations of the Divine Destiny so easily observed in a life such as that of a tree are illustrative of how everything has been pre-determined in a Record before its worldly existence. On the other hand all the fruits and seeds which are signs of the Manifest Book and the Manifest Record together with all human memories which indicate the Preserved Tablet prove that as everything has been pre-recorded its life-history is also recorded. The life history of every tree for example is recorded in each of its fruits which is the outcome of its entire life. The life history of man including events occurring in the external world is likewise recorded in his memory. Thus the Divine Power registers a man's deeds with the Pen of Destiny by lodging it in his memory so that he will be able to remember them on the Day of Reckoning.

Man should also be assured that in this world of transience and upheavals there are numerous 'mirrors' pertaining to eternity in which the All-Powerful and Wise One depicts and makes permanent the identities of mortals. There are also many tablets upon which the All-Knowing Preserver writes down the meanings of transient beings.

In short: While plants which are the simplest and lowest level of life are completely 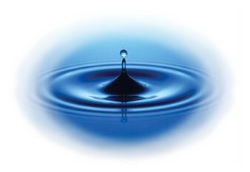 dependent upon Divine Destiny it is also evident that the life of man which is the highest level has also been minutely determined by that Destiny. Just as drops of rain are indicative of a cloud and trickles of water disclose a spring and receipts and vouchers suggest the existence of a ledger so fruits sperms seeds and forms are indicators of the Manifest Book and the Manifest Record.

The expression Manifest Book symbolizes the Destiny Actual which is a title for Divine Will and God's creational and operational laws of the universe and the physical order displayed by living creatures. The Manifest Record means the Preserved Tablet which is the book of Divine Knowledge and symbolizes the Destiny Formal or Theoretical determining the immaterial order and the life of the universe.

To conclude: We witness that particles are in continuous movement during the formation of a living creature and travel to their destinations by complicated routes and remain there. Their movement results in many benefits uses and instances of wisdom. Evidently an apparent measure is appointed for each thing by Divine Destiny. If this is so it is also observable that even the immaterial states of living beings result in certain fruits. Thus. Divine Power is the agent and Divine Destiny is the pattern. Divine Power writes the book of the meanings on that pattern. We see that every movement a creature makes in the course of its existence and all the stages through which it passes are pre-determined by Divine Destiny and its whole life forms a harmonious unity.

Since we understand that a destination and a certain purposeful result has been appointed for everything by Divine Destiny and accordingly all the stages it will undergo during its life-time have also been pre-determined by the same Destiny surely the life-history of man the most perfect fruit of the tree of creation. God's vicegerent on earth and the bearer of His greatest trust is more than anything subject to the law of Divine Destiny.