What is its true nature and purpose of life?

Life is a transformation-machine in the vast workshop of the universe which continuously cleanses everywhere purifies allows progress and illuminates. And living bodies the dwellings of life are guest-houses schools barracks for instructing and illuminating the caravans of particles enabling them to perform their duties. Quite simply the Ever-Living Self-Subsistent One makes subtle this dark transient lowly world illuminates it and gives it a sort of permanence preparing it to go to another everlasting world.
Life is:

the most important aim of the universe; 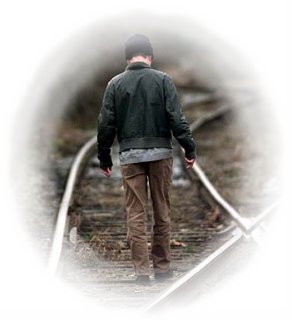 and its greatest result;

and its most brilliant light;

and its subtlest leaven;

and its distilled essence;

and its most perfect fruit;

and its most elevated perfection;

and its finest beauty

and its most beautiful adornment;

and the secret of its undividedness;

and the bond of its unity;

and the source of its perfections;

and in regard to art and nature a most wondrous being endowed with spirit;

and a miraculous reality which makes the tiniest creature like a universe;

and in addition to its being the means of the universe being situated in a tiny animate creature and its showing a sort of index of the huge universe in the creature it is a most extraordinary miracle of Divine power which connects the animate creature to most beings and makes it a tiny universe;

and it is a wondrous Divine art which enlarges a tiny part to being the greatest whole and makes a particular like a universal or world and shows that in regard to dominicality the universe is an indivisible whole or universal that cannot be broken into parts and which accepts no participation;

and it is the most brilliant the most decisive the most perfect of proofs testifying to the necessary existence of the Ever-Living and Self Subsistent One; and among Divine artifacts is the lightest and most apparent and the most valuable and the most abundant and the purest most shining and most meaningful embroidery of dominical art; 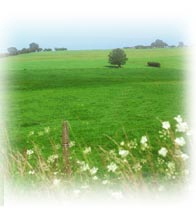 and it is a graceful refined delicate manifestation of Divine mercy which makes other beings serve itself;

and it is a most comprehensive mirror of the Divine attributes;

and it is a wonder of dominical creation comprising the manifestations of numerous Most Beautiful Names like Merciful. Provider. Compassionate. Munificent and All-Wise which subjects to itself many truths like sustenance wisdom grace and mercy and is the source and origin of all the senses like sight hearing and touch;

and life is a transformation-machine in the vast workshop of the universe which continuously cleanses everywhere purifies allows progress and illuminates. And living bodies the dwellings of life are guest-houses schools barracks for instructing and illuminating the caravans of particles enabling them to perform their duties. Quite simply the Ever-Living Self-Subsistent One makes subtle this dark transient lowly world illuminates it and gives it a sort of permanence preparing it to go to another everlasting world;

and life's two faces that is its inner and outer faces are both shining elevated and without dirt or defect. It is an exceptional creature on which apparent causes have not been placed veiling the disposal of power in order to show clearly that it has emerged directly without veil or means from the hand of dominical power;

and the reality of life looks to the six pillars of belief proving them in meaning and indirectly. That is to say it is a luminous truth which looks to and proves

both the necessary existence of the Necessarily Existent One and His eternal life.

and the realm of the Hereafter and everlasting life. 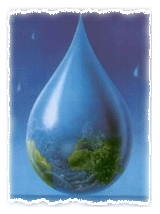 and the existence of the angels.

and the other pillars of belief.

Also just as life is the purest essence of the universe distilled from all of it so is it a mighty mystery yielding thanks worship praise and love the most important Divine purposes in the universe and most important results of the world's creation.


Also understand that since life is the greatest result of the universe and its greatest aim and most valuable fruit life too must have a great aim and result as vast as the universe. For like the tree's result is its fruit the fruit's result too by means of the seed is a future tree. Yes just as the aim and result of this life is eternal life one of its fruits too is thanks to the Ever-Living Giver of Life and worship and praise of Him and love for Him. And just as this thanks love praise and worship are the fruit of life so are they the aim of the universe.

Understand also from this with what ugly ignorance and denial indeed unbelief those who say that the purpose of life is "to live comfortably enjoy oneself heedlessly and indulge oneself in pleasure" denigrate and insult the most valuable bounty of life gift of consciousness and bounty of reason and what ghastly ingratitude they display.