The seeds of all flowering and fruit-bearing plants are the same in composition: they are all composed of carbon nitrogen hydrogen and oxygen. They only differ on account of and in respect of the program of their progenitor deposited in them by Divine Destiny. 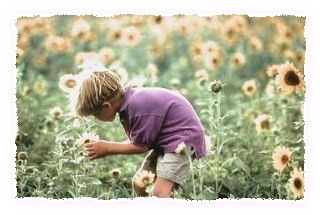 will appear in the wonderful form and shape the amazing members peculiar to it. If those particles were not subjugated to and under the command of. One Who knows each thing with all its features structures and life-cycles and the conditions of its life and is capable of endowing everything with a being suitable to it and everything necessary for it and to Whose Power everything is subjected without the least resistance then either there would have to be in each particle of the earth immaterial factories determining all the future lives of the plants and workshops to the number of all the flowering and fruit-bearing plants so that each could be the origin for all those various beings differing in form taste color and members or each of those plants should have an all-encompassing knowledge and a power capable of forming themselves. That means if the connection of beings with Almighty God is severed then it becomes necessary to accept gods to the number of the particles of earth. This is the most inconceivable of superstitions.
Copyright © 2007 - 2021 Pearls.org
To Top