Who are the angels?

The angels do not gain promotion by endeavoring; each of them has a fixed determined rank but receives a particular pleasure from the work itself and radiance from worship. That is the reward of these servants is found in their service.


Just as man is nourished by air water light and food and derives pleasure from them so are the angels nourished by the lights of remembrance glorification worship knowledge and love of God and receive pleasure from them. For since they are created out of light light is sufficient for their sustenance. Fragrant scents even which are close to light are a sort of nourishment for them which they enjoy. Indeed pure spirits take pleasure in sweet scents.

In the jobs which the angels perform at the command of the One Whom they worship in the actions they do for His sake in the service they render in His Name in the supervision they exercise through His view in the honor they gain through connection with Him in the "refreshment" they find in studying both the material and immaterial dimensions of His Kingdom and in the satisfaction they have in observing the manifestations of His Grace and Majesty there is such elevated bliss that the human mind cannot comprehend it. One who is not an angel does not perceive it. 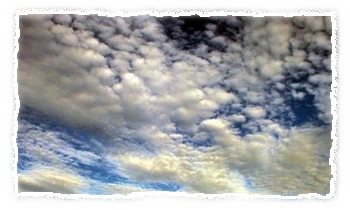 One class of angels are worshippers and the worship of another class consists in working. The working divisions of the angels of the earth have a kind of human occupation. If one may say so one type are like shepherds and another type are like farmers. That is the face of the earth is like a general farm and an appointed angel superintends all the species of animals on it by the command of the All-Majestic Creator and by His leave power and strength and for His sake. For each species of animal there is a lesser angel who is appointed to act as a kind of shepherd.

The face of the earth is also an arable field where all plants are sown. There is an angel appointed for the supervision of all of them in the Name of Almighty God and by His power. There are also angels of the lower rank who worship and glorify Almighty God by supervising particular species of plants. The Archangel Michael who is one of the bearers of God's Throne of Sustenance-an official of the highest rank whom God employs to veil His acts in the administration of His providing for all His creatures-is the overseer of these of the highest rank.

The angels who are in the position of shepherds and farmers bear no resemblance to human beings for their supervision is purely for God's sake and in His Name and by His Power and command. Their supervision only consists in observing the manifestations of God's Lordship in the species the supervision of which each is charged with studying the manifestations of Divine Power and Mercy in it. Their duty includes communicating to that species the divine commands through some sort of inspiration and in some way arranging the voluntary actions of the species. Their supervision of the plants in the field of the earth in particular consists in representing in angelic tongue the glorification the plants do in the tongue of their being. Their task includes proclaiming in the angelic tongue the praises and exaltations the plants offer to the Majestic Creator through their lives and regulating and employing the faculties given to the plants correctly and directing them towards certain ends. Such services of the angels are actions they do through their partial will power and a kind of worship and adoration. The angels are not the originators or creators of their actions for on everything is a stamp particular to the Creator of all things. No one else has the smallest part in creation. In short whatever the angels do forms their worship; it is not of the same sort as the ordinary acts of human beings.