Is existence of life in itself a proof Extra Terrestrial life?

The perfection of a thing's existence is through life. Moreover life is the real basis and the light of existence and consciousness in turn is the light of life. It is also life that constitutes the foundation of everything. Life appropriates everything for each living thing and only through life can a living creature claim that everything belongs to it. The whole world it can claim is its home and the entire universe is its property conferred upon it by the Owner.


Just as light causes (concrete) things to be seen and according to one theory is the real cause of color so life may be said to unveil the creation. It is life again which causes the qualities to be realized and the archetypes to gain material existence thus making the particular acquire universality and universals be concentrated in a particular. 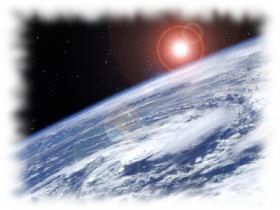 Life also causes existence to attain to perfection and achieve the rank of possessing a soul by making countless factors unite into a whole to become a sentient percipient being. Furthermore life is the manifestation of oneness in the realm of multiplicity and the reflection of unity in plurality. See how lonely a substance is without life even though it is as big as a mountain. Its interactions are restricted to its own location and whatever else exists in the universe means nothing to it since it is unconscious of other existents. Now observe a minute living being such as a honeybee what close interactions it has with the universe particularly with its environment of plants and flowers--so that it can properly argue that the earth is the garden or the market- place where it does business. The bee has through the unconscious instinctive senses which enthuse and motivate it in addition to its external and inner senses close relations and familiarity with most of the species in the world.

If the effect of life upon the humble honeybee is so great how much more will it be upon man as it expands into his consciousness reason and intellect. Man by means of reason and consciousness which are the light of life travels through the higher worlds of corporeal and spiritual existence as easily as he passes from one room to another in his house. That is just as that conscious and living being may go in spirit as a guest to those worlds those worlds too come as guests to his mirror-like spirit by being reflected there.

Life is a most manifest evidence of God's Unity a greatest source of His bounty and a most subtle manifestation of His Compassion; it is also most hidden and delicate embroidery of His art. Life is really so mysterious and subtle that even the life of plants which is the simplest of the levels of life and the awakening of the life-force in seeds as the beginning of a plant's life is still not fully understood. Although it is something commonly observed by man it has remained a mystery from the time of Adam since the human mind has been unable to grasp the nature of life.

Life in both its outer or material and inner or immaterial aspects is pure. The Divine Power creates life directly without the participation of causes while on the other hand it employs natural causes in the creation of everything else. The reason why God operates behind the veil of natural causes in the creation of things other than life is that man being unable to discern Divine Wisdom in some occurrences might ignorantly ascribe to Him some things which he deems unpleasant.

In short: It may be argued that inanimate things cannot be regarded as really existent not being substantially different from non-existence. Life is the light of the spirit and consciousness is the light of life. Since life and consciousness are so important and a perfect harmony evidently prevails over the whole creation and again since the universe displays a firm cohesion and as this small ever-rotating sphere of ours is full of countless living and intelligent beings so it is equally certain that those heavenly castles those lofty constellations should have conscious living inhabitants peculiar to themselves. Just as the fish live in water so those spirit beings may exist in the heat of the sun. Fire does not consume light; on the contrary light becomes brighter because of fire. We observe that the Eternal Power creates countless living beings from inert solid substances and transforms the densest matter into subtle living compounds by life. Thus it radiates the light of life everywhere in great abundance and furnishes most things with the light of consciousness.

From this we can conclude that the All-Powerful. All-Wise One would certainly not make subtle forms of matter like light and ether which are close to and fitting for the spirit without life and consciousness; indeed He creates animate and conscious beings in great numbers from light darkness ether air and even from meanings (conceived) and words (uttered). As He creates numerous species of animals. He also creates from subtle forms of matter numerous different spirit creatures. One of their kinds are the angels others are the varieties of spirit beings and jinn.

The earth although many times smaller than other heavenly bodies is so densely inhabited by countless living creatures that even a most insignificant part of it is the home of numerous living things like microorganisms. This shows that those infinite firmaments with numerous stars and constellations are inhabited by conscious living beings created from fire light air ether and other subtle forms of matter. Such living beings in the language of the Holy Book and the pure teaching of the Messenger Muhammad are known as angels jinn and spirit entities and like earthly creatures they have their kinds. The angel in charge of a raindrop is certainly different from the one in charge of the sun and the jinn are also of different kinds.

Conclusion: As may be established empirically matter is not essential so that existence may be made subject to it and be dependent upon it. Rather matter subsists by means of a meaning and that meaning is life it is spirit.

Also as may be established through observation existence is not in the service of matter so that everything should be ascribed to it. Rather matter exists so that it may serve for the perfection of a reality which is life and spirit is the foundation of life.

Also it is evident that matter does not rule over existence so that perfections may be sought from it. Rather it is dominated; it is subject to the decree of a fundamental and fashioned accrding to the dictates of that decree. That fundamental is life spirit and consciousness.

Furthermore matter is not the unchanged essence of existence and the source of perfections; rather it is a form and outer covering subject to disintegration. It can be observed that a microorganism possesses acute senses; it can hear the voice of its mate and see its food. This demonstrates that the more refined matter becomes the more manifest are the effects of life and the brighter the light of the spirit grows.

It is as though the more closely matter resembles the realm of spirit and consciousness the more ethereal it becomes and the light of life is manifested more brightly. Therefore could the inner world of existence fail to be occupied with conscious living beings whilst the reflections of life and consciousness continue to be manifested upon the veil of matter? Besides is it possible that the countless manifestations and reflections of meaning spirit life and consciousness in the corporeal world could be ascribed solely to matter and its motion? On the contrary these countless manifestations and reflections indicate that the corporeal world is nothing more than a lace veil over the world of the spirit and the inner worlds.