While you are in sleep with your eyes closed your ear deaf your tongue mute and your arms and legs motionless how do you travel your distances meet many people and do many things in so short a period as few seconds? 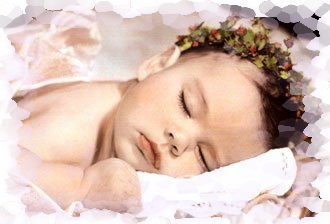 When you get up in the morning you feel deeply influenced by that few seconds' adventure. Although Freud and those following him attempt to attribute dreams to the subconscious self to thoughts desires impulses and past experiences how can you explain the dreams that bring you the news of certain future events which you have no connection with and never thought of before? And how does one have dreams? With what part of one's body or being does one have dreams? Why do dreams last only a few seconds? How do we remember in the morning the dreams which we have in sleep at night? All these and many other similar questions are like puzzles awaiting to be solved by 'science'.

It is true that sometimes our thoughts desires impulses and past experiences which constitute our subconscious come out in sleep unconsciously. Or man may be suffering an illness or hunger or may have a problem he is unable to solve. Or the imagination gives form to the deviations of a bad temper or the mind remembers an exciting event which happened some time ago and gives it a new different form. All the dreams a man has in such moods are jumbled dreams where although they have some meaning do not deserve interpretation. For example a man who eats salty things before sleep may see himself in dreams at the side of a pool. Or one who goes to bed in anger may have a dream in which he quarrels with others.

However if one does not know how to interpret dreams true dreams which will be explained below may be confused with or taken for such kind of dreams. For example although the dream which the king of Egypt at the time of the Prophet Joseph had was a true one his men described it a jumbled one.

There is a kind of dreams which has nothing to do with the subconscious self. Those dreams carry important messages: either they are good tidings from God or for encouragement to do good things and guidance to them or for warning one because of some evil one has done. Those dreams which we call true dreams are very clear and the one who has them does not forget them.

True dreams have one kind in which man has news of impending events. In order to understand the nature and mechanism of such dreams we should make further explanation:

As the essence of a piece of writing which is its meaning has a prior to its written visible form everything has an essential form of existence in God's Knowledge before it appears in the world. In the language of the Islamic philosophy we call those essential forms of things in God's Knowledge 'archetypes'. When God wills to send them to the material world through the manifestation of His Wisdom and Power and Names such as the All- Fashioner the All-Coloring the All-Determining the Creator etc.. He clothes them in material bodies. Between the world of archetypes where God's Knowledge has primary manifestation and the material world there is another world which we call the world of immaterial forms or symbols where things exist in ideal forms or as symbols and the concept and measure of time are completely different from in this world. Also one who has dreams finds or receives those symbols all differently according to time place and cultures and even according to one's national and individual characteristics. Thus when the body goes to sleep the spirit travels 'up' to this world of ideal forms without breaking off its connection with its body completely; during dreams the spirit continues this connection through a cord. It enters a different dimension of existence in the world of ideal forms or symbols where parts of time -past present and future- are combined. Therefore while sometimes it may find itself experiencing a past event it may sometimes witness a future one. However since in the world of ideal forms or symbols things exist in ideal forms or symbols the spirit usually receives symbols which should be interpreted. For example the clear water you see in that world may correspond to knowledge in this material world. Or if you see in your dream waste matter belonging to you it may be interpreted that you will earn money in lawful ways; if the waste matter belongs to others its meaning may be that the money will come to you in unlawful ways. As is mentioned in Chapter Joseph in the Holy Book a fat cow may mean a year of abundance in crops while a lean one a year of severity. The metaphors similes and parables in the Holy Book and the Prophetic sayings and sometimes in circulation among people may provide significant keys to interpret dreams. Some of the true dreams are as clear as they do not require interpretation.

As has just been pointed out above in the world of ideal forms the measures of time are completely different from the material world. Also since in dreams the spirit is free to a great degree from the confinement of body it can do in a few seconds as many things as it can in for example one year in the material world. This also explains how great saints who have been able to make their spirits to some degree free of the restrictions of their bodies can travel long distances in much shorter time than normal people.

The dream which Abraham Lincoln had on the night of his assassination is famous. In his dream. Mr. Lincoln saw that the servants of the White House were hasting to and from and telling one another that Mr. Lincoln had been killed. Mr. Lincoln woke up from his sleep in great excitement and spent an uneasy day. Despite the warnings of his men he went to a theatre the next evening and was killed there.

The mother of Anne Ostrovosky a Russian writer had seen in his dream many scenes of the German-Russian battles five years before the Second World War broke out. Her dream had been published in newspapers.

There are numerous other examples of true dreams which either have brought news of certain future events or caused certain scientific or technological discoveries. But the examples we have just cited must suffice to understand the true nature of dreams- that is they are the result of the sprit's journeying in inner dimensions of existence- the world of immaterial forms or symbols and getting signals therein.

Finally dreams provide a strong proof for the existence of immaterial worlds as well as for Divine Knowledge and Destiny. If God Almighty had not pre-determined all events and recorded them in what we call 'the Supreme Guarded tablet' we could not have had any news of impending events. Also dreams show that the measures of time greatly differ according to the features of each world.