Importance of patience on misfortunes

Just as gratitude increases Divine bounty so too complaint increases misfortune and removes all occasion for compassion. 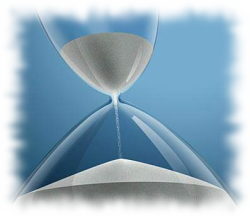 During World War One a blessed person in Erzurum was afflicted with an awesome disease. I went to visit him and he said to me complaining bitterly: "I have not been able to place my head on the pillow and sleep for a hundred nights." I was much grieved. Suddenly a thought came to me and I said:

"Brother the hundred difficult days you have spent are now just like one hundred happy days. Do not think of them and complain; rather look at them and be grateful. As for future days since they have not yet come place your trust in your Compassionate and Merciful Sustainer. Do not weep before being beaten do not be afraid of nothing do not give non-being the color of being. Think of the present hour; your power of patient endurance is enough for this hour. Do not act like the maddened commander who expects reinforcement on his right wing by an enemy force deserting to join him from his left and then begins to disperse his forces in the center to the left and the right before the enemy has joined him on the right. The enemy then destroys his center left weak with a minimal force. Brother do not be like him. Mobilize all your strength for this present hour and think of Divine Mercy reward in the Hereafter and how your brief and transient life is being transformed into a long and eternal form. Instead of complaining bitterly give joyful thanks."

Much relieved he said. "Praise and thanks be to God my disease is now a tenth of what it was before."

The power of patient endurance given to man by God Almighty is adequate to every misfortune unless squandered on baseless fears. But through the predominance of delusion man's neglect and his imagining this transient life to be eternal he squanders his power of endurance on the past and the future. His endurance is not equal to the misfortunes of the present and he begins to complain. It is as if he were complaining of the God Almighty to men. In a most unjustified and even lunatic fashion he complains and demonstrates his lack of patience.

If the day that is past held misfortune the distress is now gone and only tranquillity remains; the pain has vanished and the pleasure in its cessation remains; the trouble is gone and the reward remains. Hence one should not complain but give thanks for enjoyment. One should not resent misfortune but love it. The transient life of the past comes to be counted as an eternal and blessed life because of misfortune. To think upon past pain with one's fancy and then to waste part of one's patience is lunacy.

As far as days yet to come are concerned since they have not yet come to think now of the illness or misfortune to be borne during them and display impatience is also foolishness. To say to oneself "Tomorrow or the day after I will be hungry and thirsty" and constantly to drink water and eat bread today is pure madness. Similarly to think of misfortunes and sicknesses yet in the future but now non-existent to suffer them already to show impatience and to oppress oneself without any compulsion is such stupidity that it no longer deserves pity and compassion.