Destiny is a title for Divine Knowledge.

If you know beforehand that a certain thing will happen at a certain future time and that thing happens at exactly the time you predicted it does not mean that that thing's happening was caused by your knowing beforehand that it would happen. Since every thing and every event in the universe is comprehended in God's Knowledge. He has written such a thing will happen at such a time and place and it does. Although there is not the slightest difference between what God has written for a man and what that man does this is not because God's having written it forces man to do it rather it is because man willed to do that and did it.


Consider this example: a train is traveling between Istanbul and Ankara at a certain speed according to the characteristics of its manufacture and the conditions of the 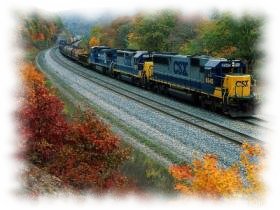 railway and Istanbul is at a known distance from Ankara. Also there are a certain number of stations along the way at each of which the train stops for a certain time. Taking all these matters into consideration a timetable is written in advance. The timetable's being prepared in advance is not the cause of the train's traveling.

Again the time and duration of such heavenly events as the solar and lunar eclipses are known and written down beforehand through astronomical calculations. This does not mean that the sun or the moon is eclipsed at that certain time because astronomers knew it beforehand and recorded it. The truth is exactly the reverse: since astronomers knew beforehand when the sun or the moon would be eclipsed they recorded it. There is the same relation between Destiny and man's free will.