What is the purpose of your life?

Do you suppose purpose of your life is restricted to following the good life according to the requisites of civilization and if you will excuse the expression to gratifying the physical appetites? 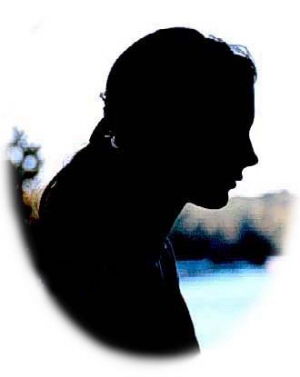 And do you suppose the sole aim of the delicate and subtle senses the sensitive faculties and members the well-ordered limbs and systems the inquisitive feelings and senses included in the machine of your life is restricted to satisfying the low desires of the base soul in this fleeting life?

There are two basic aims for their being created in your being and included within your nature:


The First consists of making known to you all the varieties of all the bounties of the True Bestower and causing you to offer Him thanks. And you should be aware of this and offer Him thanks and worship.

The Second is to make known to you by means of those faculties each of all the sorts of the manifestations of the Sacred Divine Names manifested in the world and to cause you to experience them. And you by recognizing them through experiencing them should come to believe in them.

Thus man's perfections develop through the achievement of these two basic aims. Through them man becomes a true human being.

Look through the meaning of the following comparison and see that the faculties of humanity were not given in order to gain worldly life like an animal.

For example someone gave one of his servants twenty gold pieces telling him to get himself a suit of clothes made out of a particular cloth. The servant went and got himself a fine suit out of the highest grade of the cloth and put it on. Then he saw that his employer had given another of his servants a thousand gold pieces and putting in the servant's pocket a piece of paper with some things written on it had sent him to conclude some business. Now anyone with any sense would know that the capital was not for getting a suit of clothes for since the first servant had bought a suit of the finest cloth with twenty gold pieces of course these thousand gold pieces were not to be spent on that. So should the second servant not read the paper in his pocket and looking at the first servant give all the money to a shopkeeper for a suit of clothes and then receive the very lowest grade of cloth and a suit fifty times worse that his friend's. For sure his employer would reprimand him severely for his utter stupidity and punish him angrily.

O my dear friend! Come to your senses! Do not spend the capital and potentialities of your life on pleasures of the flesh and this fleeting life like an animal or even lower. Otherwise although you are fifty times superior with regard to capital than the highest animal you will fall fifty times lower than the lowest.


The First is this: To weigh up on the scales of the senses put in your being the bounties stored up in the treasuries of Divine Mercy and to offer universal thanks. 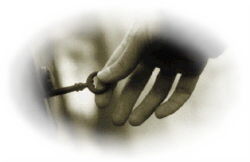 The Second: To open with the keys of the faculties placed in your nature the hidden treasuries of the Sacred Divine Names.

The Third: To consciously display and make known through your life in the view of the creatures in this exhibition of the world the wondrous arts and subtle manifestations which the Divine Names have attached to you.

The Fourth: To proclaim your worship to the Court of the Creator's Dominicality verbally and through the tongue of your disposition.

The Fifth: Like a soldier wears all the decorations he has received from his king on ceremonial occasions and through appearing before the him displays the marks of the king's favour towards him. This is to consciously adorn yourself in the jewels of the subtle senses which the manifestations of the Divine Names have given you and to appear in the witnessing view of the Pre-Eternal Witness.

The Seventh: Through taking as units of measurement the small samples of attributes like the partial knowledge power and will given to your life it is to know through those measures the absolute attributes and sacred qualities of the All-Glorious Creator. For example since through your partial power knowledge and will you have made your house in well-ordered fashion you should know that the Maker of the palace of the world is its Disposer and Powerful. Knowing and Wise to the degree it is greater than your house.

The Eighth: To understand the words concerning the Creator's Unity and Maker's Dominicality uttered by each of the beings in the world in its particular tongue.


Thus the aims of your life briefly are matters like these. Now consider the essence of your life; its summary is this:

It is an index of wonders concerning the Divine Names and a scale for measuring the Divine attributes and a balance of the worlds within the universe and a list of the mighty world and a map of the cosmos and a summary of the mighty book of the universe and a bunch of keys with which to open the hidden treasuries of Divine Power and a most excellent pattern of the perfection scattered over beings and attached to time. The essence of your life consists of matters like these.

Now the form of your life and the manner of its duty is this:

Your life is an inscribed word; it is a wisdom-displaying word written by the Pen of Power. Seen and heard it points to the Divine Names. The form of your life consists of matters like these. Now the true meaning of your life is this: it is acting as a mirror to the manifestation of Divine Oneness and the manifestation of the Eternally Besought One. That is to say through comprehensiveness as though being the point of focus for all the Divine Names manifested in the world it is acting as a mirror to the Single and Eternally Besought One. Now as for the perfection of your life it is to perceive the lights of the Pre-Eternal Sun which are depicted in the mirror of your life and to love them. It is to display ardor for Him as a conscious being. It is to pass beyond yourself with love of Him. It is to establish the reflection of His light in the center of your heart. Thus it is due to this mystery that the Narration was uttered which is expressed by the following lines and will raise you to the highest of the high:

The heavens and the earth contain me not;

Yet how strange! I am contained in the hearts of believers.

And so my dear friends! Since your life is turned towards thus elevated aims and gathers together such priceless treasuries is it at all worthy of reason and fairness that you should spend it on temporary gratification of the soul and fleeting worldly pleasures and waste.