Question: Since the way of misguidance is easy and is destruction and aggression many take that way. But you have proved decisively that the way of unbelief and misguidance is so fraught with difficulties and problems that no one should take it; that it is not possible to follow it. Should everyone have not taken the way of belief and guidance which is so easy and clear?


Answer: There are two sorts of unbelief and misguidance. One pertains to actions and secondary matters and is also denial and rejection of the matters of belief. This kind is misguidance is easy. It is a non-acceptance of the truth an abdication non-existence and the absence of acceptance.

As for the second sort it pertains not to actions and secondary matters but is a judgement of the mind and pertains to belief. It does not only deny belief but opens up a way that is the opposite of it. It is the acceptance of what is false and invalid the proof of the reverse of truth. This is not only the denial and refutation of belief; it is its opposite. It is not non-acceptance so that it should be easy but the acceptance of non-being and can only be accepted through proving non-existence. In accordance with the rule "Non-existence cannot be proved." it is certainly not easy to prove it.

Thus the unbelief and misguidance shown in this web site to be so difficult and problematic as to be impossible is this sort. Anyone with even a grain of intelligence would not take this way. Moreover as is demonstrated this way contains such grievous pains and suffocating darkness that anyone reasonable to the tiniest degree would not follow it.

If it is said: If this way is so grievous dark and difficult why do most people take it? 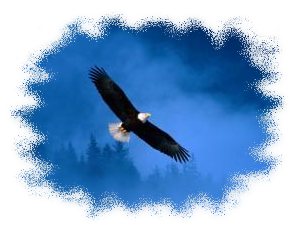 Answer: They have fallen into it and cannot extricate themselves. And because the animal and vegetable powers in man do not see the consequences and do not think of them and come to dominate man's subtle faculties they do not want to extricate themselves and console themselves with present and temporary pleasure.


Question: If it is asked: there is such dreadful suffering and fear in misguidance it is not receiving pleasure from life the unbeliever should not be able to live even. He should be crushed by the pain and be absolutely terrified. For although by reason of his humanity he desires innumerable things and loves life due to unbelief he constantly sees before him death as eternal extinction and everlasting separation and the passing of beings and deaths of his friends and those he loves as annihilation and eternal parting so how can such a man live? How can he receive pleasure from life?


Answer: He deceives himself through an extraordinary sophistry of Satan's and lives. He supposes he receives a superficial pleasure. We shall allude to the true nature of this through a well-known comparison.

It is related that they said to the ostrich: "You've got wings so fly!" But it folded its wings and said: "I'm a camel." and did not fly. So it fell into the hunter's trap and not wanting the hunter to see it stuck its head in the sand. However it left its huge body in the open and was the target of the hunter. They later said to it: "Since you say you're a camel carry loads." Whereupon it opened its wings and said: "I'm a bird." and was saved from the hardship of carrying loads. But having neither protector nor food it was pursued by the hunters.

In exactly the same way the unbeliever gave up absolute unbelief in the face of the Holy Book's heavenly proclamations and descended to skepticism. If he is asked: "You think death is eternal extinction. How can a person live when he perpetually sees before him the gallows on which he is to be hanged? What pleasure can he receive?" Due to the portion he has received from the Holy Book's universal mercy and all-encompassing light the man replies: "Death is not extinction; there is a possibility of immortality." Or else he plunges his head in the sand of heedlessness like the ostrich so that the appointed hour will not spot him and the grave will not watch him and the transience of things will not let fly their arrows at him!


In Short: When like the ostrich he sees death and decline to be extinction due to his skepticism the certain news of the Holy Book and revealed scriptures concerning 'belief in the Hereafter' afford him a possibility. The unbeliever clasps onto the possibility and is not subjected to that ghastly pain. If it is then said to him: "Since one will go to an everlasting realm for a good life there one has to suffer the difficulties of the religious obligations here." due to his skepticism the man says: "Perhaps there is no such world so why should I work for something that does not exist?" That is to say because of the possibility of immortality afforded by that decree of the Holy Book he is saved from the pain of eternal extinction and because of the possibility of non-existence afforded by skepticism he is faced with the hardship of religious obligations; he clings onto the possibility of unbelief and is saved from the hardship. That is to say from this point of view he supposes he receives more pleasure from this life than the believers for due to the possibility afforded by unbelief he is saved from the hardship of the religious obligations and due to the possibility afforded by belief he does not expose himself to everlasting pains. However this satanic sophistry is extremely superficial temporary and without benefit.

Thus the All-Wise Book has a sort of manifestation of mercy in respect of the unbelievers also which saves to a degree their lives in this world from being Hell; it induces doubt in them so they live through doubt. Otherwise they would have suffered the torments of a sort of Hell in this world too recalling the Hell of the Hereafter and they would have been compelled to commit suicide.

And so. O people of belief! Fully confident and with belief enter under the protection of the Noble Book which will save you from eternal extinction and the Hells of this world and the Hereafter. And submissively and appreciatively remain within the bounds of the Practices of the Messenger. Then you will be saved from both misery in this world and torment in the Hereafter!