When we examine the creation carefully we discern that each living thing whether universal or particular has a collective identity and performs a unique universal function. As each flower displays a superlative design and symmetry and recites in the tongue of its being the Names of the Creator so the whole earth performs a universal duty of glorification as though it was a single flower.


A single fruit glorifies God within an order and regularity and a tree does the same on a larger scale through the 'words' of its leaves flowers and fruits. Likewise the vast oceans of the heavens give praise to and glorify the Majestic Maker through suns moons and stars which are like words and so on. Even inert material bodies perform a vital function in praising God although they are outwardly inanimate and unconscious. Angels are the representatives of such bodies in the world of the inner dimensions of things and express praises on behalf of them and these bodies are in turn the representatives dwellings and houses of worship of the angels in the material world.

The Majestic Maker of this palace of creation employs four kinds of laborers of which the first are the angels and other spirit beings. Second there are inanimate things and the vegetable creation which are quite important servants of God working without wages. Thirdly animals serve unconsciously in return for a small wage which is their food and pleasures while finally mankind works in accordance with the purposes of the Majestic Creator. They take a lesson from everything and supervise the other servants in return for wages which are paid in the form of a reward here and in the Hereafter. 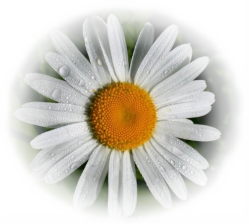 Constituting the foremost category of these servants the angels resemble mankind in that they know the purposes of the Creator and act in conformity with those purposes. They differ from man by working solely for the pleasure of God asking no reward other than the spiritual pleasure and happiness of nearness to their Creator. Their worship varies according to their different natures and the variety of their functions as the representatives of most species and the services they perform and praises they sing differ from each other as do the duties performed by the different departments of a government. The Great Angel Michael for example superintends the growth of all kinds of corn and provision upon the earth by leave and Power of God and if one may say so he is the head of all the angels that resemble farmers. There is another great angel who leads by God's leave command and power the 'incorporeal shepherds' of all the animals.

Once I saw an almond tree of medium height which had forty branches the equivalent of forty heads and each branch had forty twigs the equivalent of forty tongues. Each twig had forty blossoms and each blossom forty stamens each of a different color. These forties are each a manifestation of one of the Divine Names. Is it possible that the All-Wise One of Grace the Majestic Maker of that almond tree. Who charged such a tree with so many duties would not appoint an angel particular to it to know it and introduce it to the whole universe and present it to the Divine Court?